The Harsh Reality: This Seller Recovered $50,000 in 3-months from Overlooked Amazon Fees

This is a guest post by Joe Nilsen. Joe Nilsen is a data analyst, computer programmer and an e-commerce expert. He is an Amazon consultant and has recently taken his team to join forces with Seller Strategies International.

I love data. I mean, I really love data. From an early age, I was under the impression that black and white doesn’t exist. I was taught that there is always a sliver of gray somewhere: a loophole, an exception, some kind of variable involved. I disagree. Data doesn’t lie. So, as you read and absorb the words in this article, don’t mistake any of these facts for opinion. What you’re about to read is completely rooted in facts -- and yes, I do have the data to prove it.

Just a few short months back, I was on-site with a major e-commerce business doing a complete revamp of their entire operation: implementing inventory management, assisting with multi-channel solutions, and deploying as many overall techniques to help them quickly escalate their sales. From the beginning, the owners maintained their stance: they wanted nothing short of "the best."

It was inevitable where we were to turn next.

Although I have a rather long history in the small world of Amazon consulting, I had yet to cross paths with Chad Rubin of Skubana at the time. We had talked on the phone once, briefly, and I am pretty sure he re-tweeted one of my Tweets once. But aside from these close calls, we had never had the opportunity to actually speak to one another. When I found myself in a position where the absolute best software was needed, I knew he was the one to call. I sent Chad an email and explained the client’s situation, confident that he would offer an ideal solution.

He emailed me back to set up a call and that Sunday evening, Chad called me with a plan to implement his software solution. He then asked a question I was not expecting him to take much interest in.

“So, what is it exactly that you guys do?”

Oh boy. Ironically, our team had spent the last six months developing what is now the most robust FBA refund / fee calculation tool available to Amazon sellers. At the time, it hadn’t been publicized -- actually, this was the first time I found myself needing to explain it to anyone.

“So, you know how you send in inventory to FBA and often times it mysteriously disappears? Yeah, and you know swore you sent out more of that high-selling item that is currently out of stock, but there’s no way you sold all of them? Feel like Amazon is damaging or losing it on you somehow?

Out of the 75 fees that Amazon charges third-party FBA sellers, have you ever wondered if they were accurate?

Example: When you sell a product, Amazon charges you a fee based off of the item’s cubic volume. Have you ever wondered if it's possible that these fees could be flawed? Yeah, so six months ago we put together an elite team who would analyze countless Excel documents of data, cross-reference multiple reports at once, attempt to find correlations between all of this data, and ultimately identify if these charges Amazon was charging third-party sellers was accurate. Well, what we found turned out to be nothing short of astonishing.

Tools that run an e-commerce empire: Download the tech stack mindmap that enables $8M annual with only 2 full-time employees

Amazon is the epitome of a quant-driven organization. They have expanded so rapidly that they have had to automate all aspects of their catalog, each product in it, every procedure and operational detail, and unfortunately, even their own staff members, into binary code. Building massive databases and issuing a number for marketplace seller would prove to be the most efficient method to accomplish their goals - but it would come at a price. That price is their vulnerability, which no one had identified on a grand scale.

That is, nobody until now.

How many third-party FBA sellers really know how to utilize all of the fulfillment reports that Amazon supplies (like Amazon Seller Reports)? Realistically, we all know it is not a high portion of sellers. Essentially, these reports are data dumps that allow Amazon to appear as transparent as can be. These reports might as well output Hieroglyphics for most of the sellers on the platform. It is not that there are not an abundance of intelligent people who access these reports - it is that the reports always seemed to have one or two elements missing. This is what would actually make them valuable to the average seller.

Upon the completion of building these tools and the precise strategy needed to help sellers retrieve the FBA funds that were rightfully theirs, we commenced a soft launch. This would turn into an all-out launch three days later, once word spread across the web.

Chad, being as open minded as he is, casually said he would like to see how robust our service really is.

But this just the beginning…

The $40,000 reimbursed to Chad’s account initially was a fraction of what was on the way. When our team decides to take on a project, we are relentless. Yes, we will go to the moon and back to locate for every piece of a seller’s inventory, and yes, their funds will be reimbursed. But what about the FBA Fees that sellers have been getting overcharged on for over five years now? We didn’t embark on this mission to hold Amazon accountable for tangible inventory -- we embarked on it simply to right these wrongs.

How many sellers know how to utilize Amazon’s resource pages and calculate their FBA fees manually? Not many. So, what does Amazon do? They over complicate these matters and create policies that make little sense, in hopes that nobody will hold them accountable. Who knows? After this article is published, it wouldn’t surprise me the slightest bit if Amazon suddenly released a notice informing all sellers of their new FBA Fee Policies.

Take these instructions and you will be able to see if you are being charged correctly for each ASIN that you have. Calculate the cubic dimensions down to the tenth decimal, and then consider all of the variable costs thrown into the mix, which will ensure complete accuracy on both ends.

Are you kidding me? This was by far the most difficult project any of us had ever worked on, but this had to be done - so we did it.

We now have the “tools” to go through a seller’s account, identify every discrepancy, and create in-depth Excel files that we have adjusted countless times in order to prove that our data was accurate. The amounts of discrepancies are unfathomable, and the rate at which we have been able to generate these files is even more shocking.

Make no mistake about it, this is Amazon history unfolding - right here in this very blog.

Our team is known for being slightly more secretive than many other companies. I am unable to announce what we are currently working on and what we intend on building, but we have not hung up our hats on FBA fees. We have already uncovered many more hidden charges that third-party sellers deserve to know about. I can assure you that in the not so distant future, they shall. 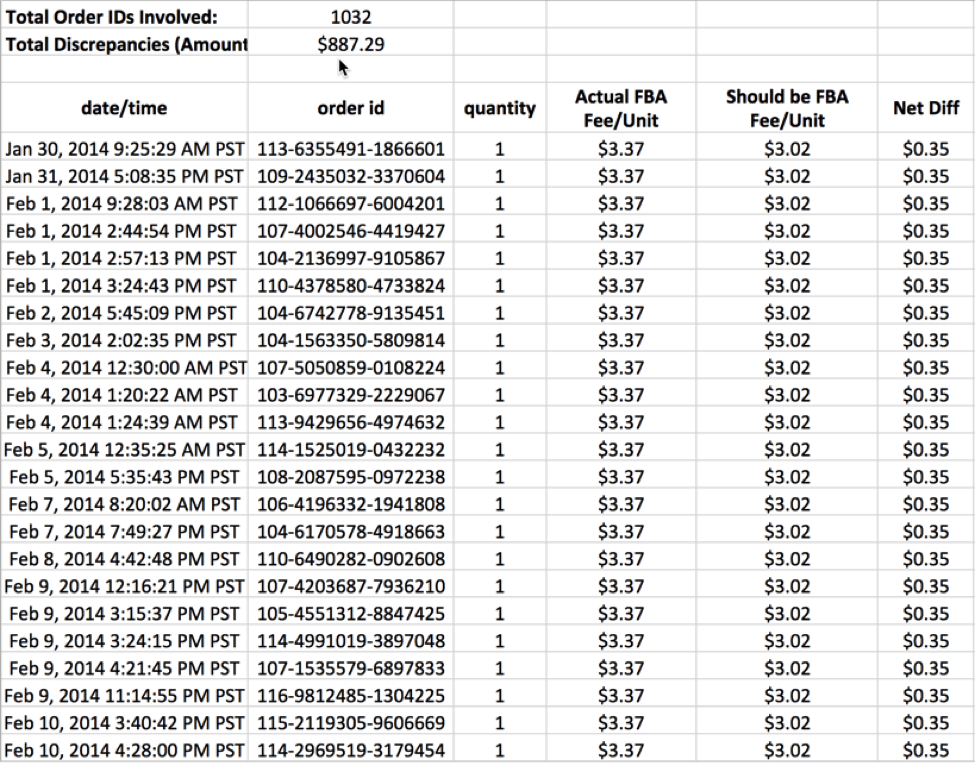 How Much Are You Owed?
Written By Guest 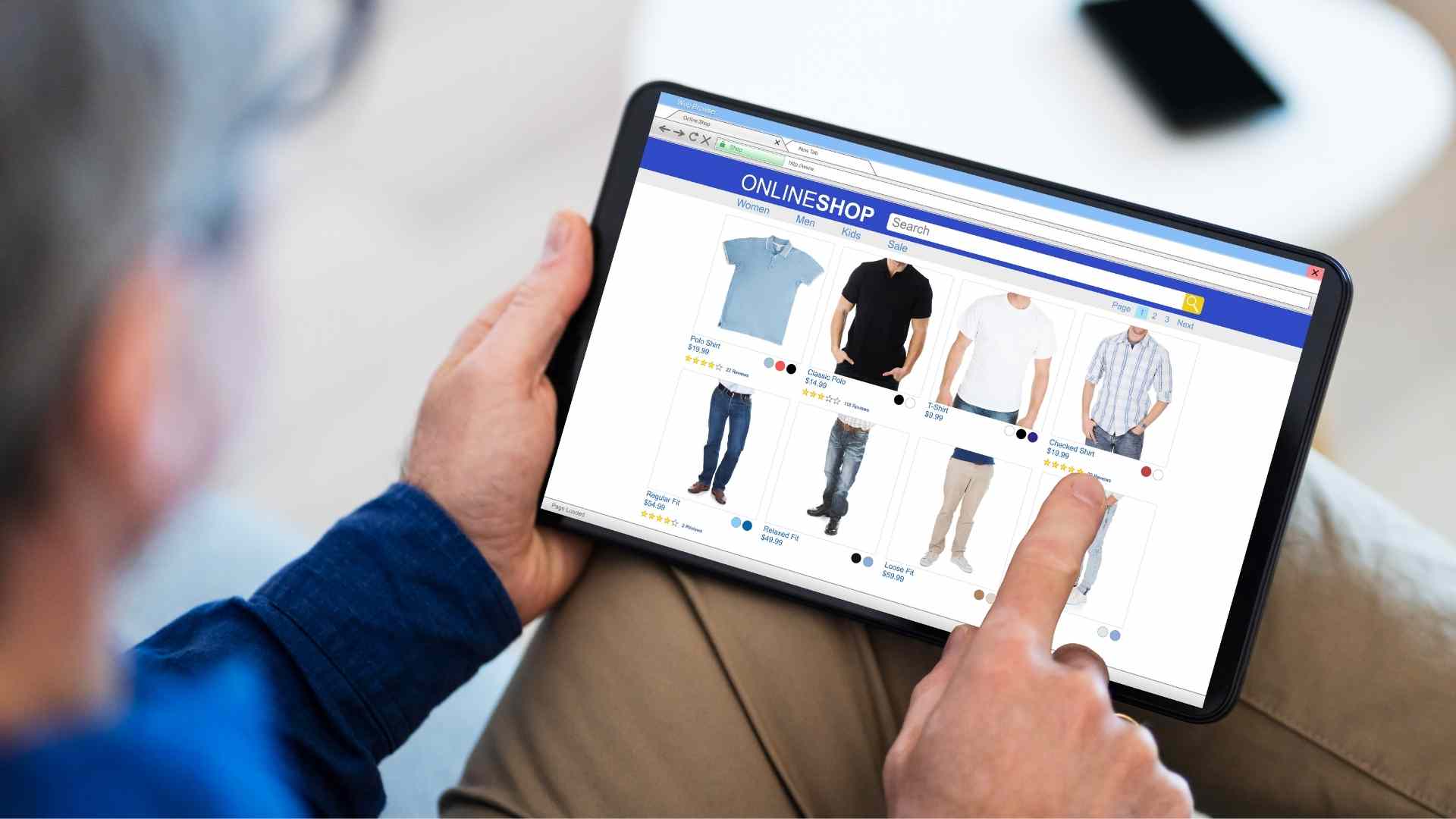